James, The Wombats, Sugababes, Nothing But Thieves and Sophie Ellis-Bextor join the line-up – many more still to be released 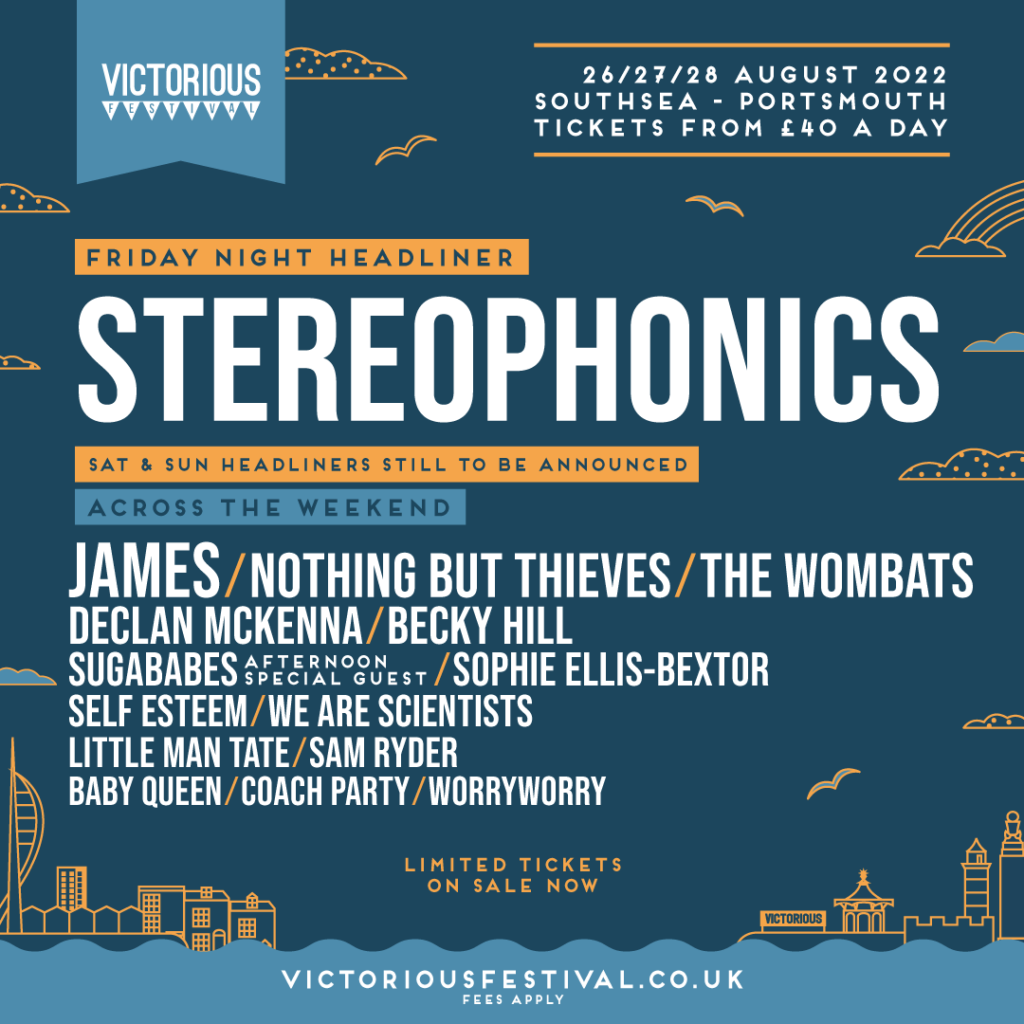 Headlining Friday night is a band that needs no introduction – Stereophonics. Forged in the crucible of Britpop, The Welsh rockers mark an amazing 30 years together in 2022 so expect a huge celebration and with eleven studio albums under their belts and their highly anticipated twelfth – Oochya! – launching in spring, it’ll be a must-see set brimming with stone-cold singalong classics and some brand new material to boot.

Also appearing on Friday are Mancunian indie legends James. Coming into their fifth decade and rightly renowned as one of the best live bands in the business, James never fail to deliver the goods and are perfect for the opening night of Victorious 2022.

Liverpudlian three-piece The Wombats bring their infectious brand of indie-pop to the party on Saturday while the afternoon belongs to Brit-winning, chart-topping RnB/pop royalty Sugababes with an extra-special daytime show. Sunday sees performances from acclaimed alt-rockers Nothing But Thieves and the Duchess of Pop herself, award-winning nu-disco diva Sophie Ellis-Bextor.

Speaking about next year’s festival Andy Marsh, festival director, said: ‘‘It’s nice to get excited about Victorious this side of Christmas. We’ve revealed here a little taste of what to expect next year with some massive acts confirmed but there’s so much still to come. 2022 is going to be a vintage year for Victorious. Watch this space!”