The Strokes and Yeah Yeah Yeahs are set to play a huge gig in London for All Points East 2023 this summer – see the full line-up below and find ticket details here.

The bands will head to Victoria Park on Friday, August 25, joining Stormzy‘s ‘This Is What We Mean Day’ as the second gig of the summer series.

The two New York indie icons will be joined by a supporting bill including Girl In Red, Amyl And The Sniffers and Angel Olsen at the show.

Also on the line-up will be Black Midi, Julie, HotWax and Nieve Ella.

Tickets for The Strokes and Yeah Yeah Yeahs at All Points East will go on sale on Friday, January 27 at 10am GMT. You can buy your tickets here. 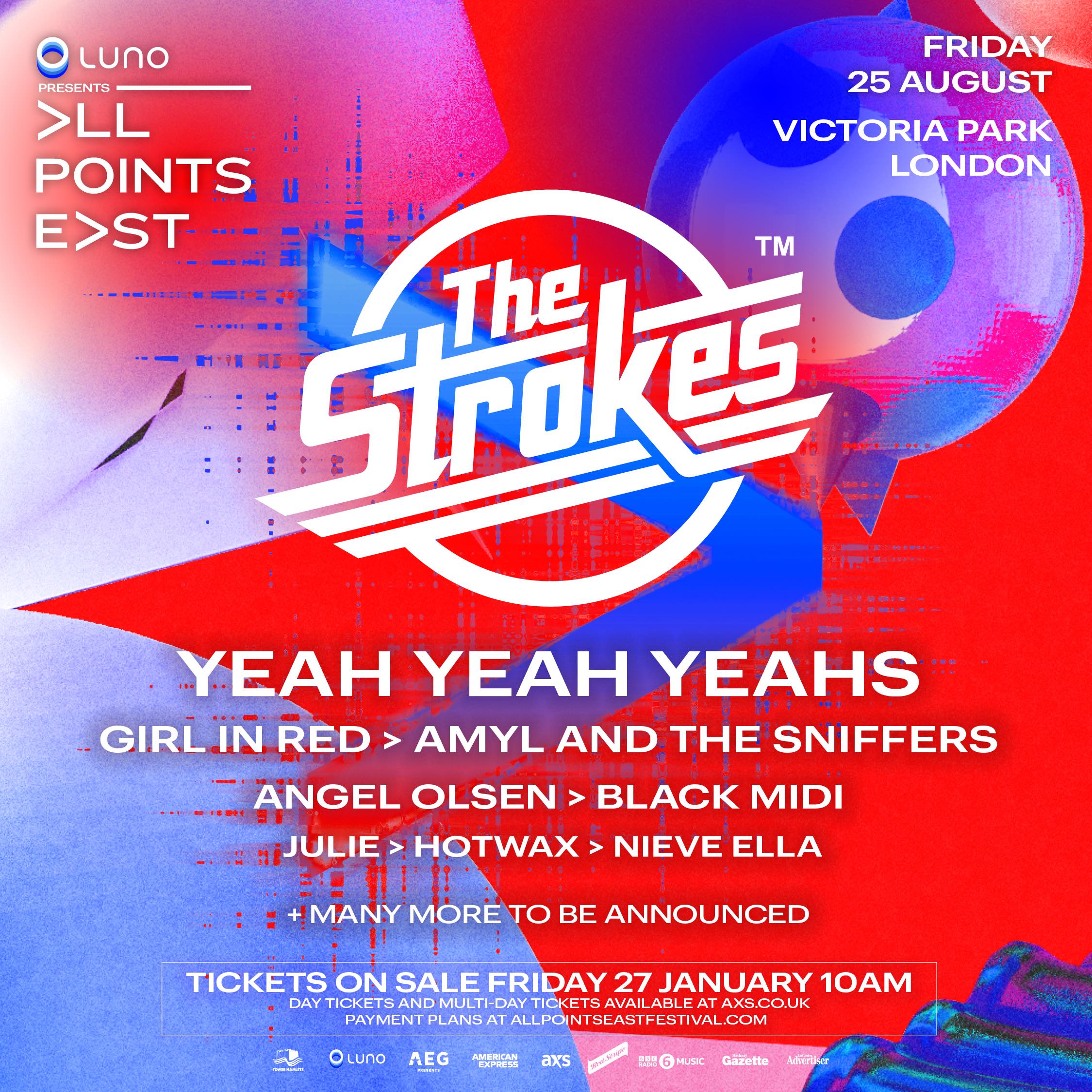 A week prior to the Strokes gig (August 18), Stormzy will headline All Points East for the first time, bringing a curated day of music dubbed ‘This Is What We Mean Day’, based around his new album ‘This Is What I Mean’.

He said in an announcement video: “I was thinking what’s next, cos we’ve done three O2s, shut that down. I said to the team, we gotta do something bigger, something better, something different. We were having back to back meetings, bouncing ideas. Then it hit me, I started jotting down ideas thinking – live band, need a live band.