Yungblud debuted a new song during his Glastonbury set over the weekend – watch ‘Tissues’ below. READ MORE: The NME Big Read – Yungblud: “This album is about reclaiming my name and humanising the caricature” The Doncaster-born vocalist and guitarist (real name Dominic Harrison) took to the John Peel Stage on Sunday (June 26) to deliver an 11-song […] 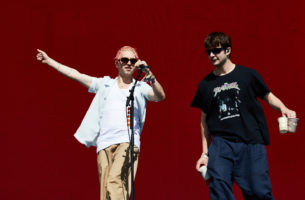 “We’re up for a Megan Thee Stallion collab”

If anyone knows about life on the road, it’s Fontaines D.C. The Dublin band have picked up and maintained a breathless pace, releasing three albums in four years and seldom pausing tours to soak it all in. Back at Glastonbury to play the Other Stage after their 2019 debut in the John Peel tent (having […]

Yungblud debuted a new song during his Glastonbury set over the weekend – watch ‘Tissues’ below. READ MORE: The NME Big Read – Yungblud: “This album is about reclaiming my name and humanising the caricature” The Doncaster-born vocalist and guitarist (real name Dominic Harrison) took to the John Peel Stage on Sunday (June 26) to deliver an 11-song […] 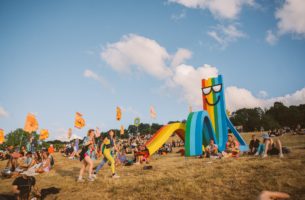 camping and catharsis on Worthy Farm

This year’s Glastonbury Festival represents a significant milestone in getting back to where we once belonged. And festival bosses Michael and Emily Eavis certainly rise to the occasion, laying on the youngest-ever headliner in Gen-Z icon Billie Eilish and the oldest-ever headline in Sir Paul McCartney; a pandemic-delayed 50th birthday bash for the greatest music festival […] 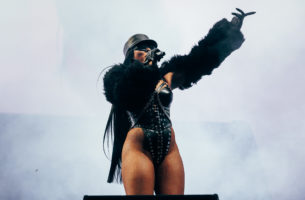 There’s a magnetism about the Houston Hot Girl’s performances: once you see one, you want to see them over and over again. In recent years, Megan Thee Stallion has become a rapper, whose speedy rise to the top filled with cocky lyrics and boisterous flows made her the trailblazer she’s always meant to be. 2019’s […] 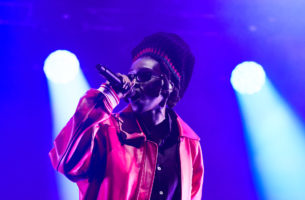 While the Pyramid Stage fills for Billie Eilish’s high-octane energy, Little Simz is bringing a more subtle kind of catharsis. If Lenny Henry was concerned about Glastonbury’s diversity, he wouldn’t be particularly comforted by the crowd at the West Holts tonight (June 25), but the atmosphere still feels like something of a family reunion — […] 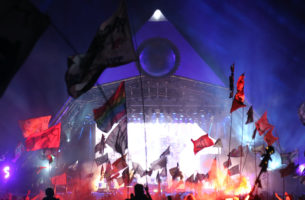 The UK is preparing to host what is believed to be its biggest weekend of live music ever, with more than one million people expected to attend concerts. Leading the way is Glastonbury, headlined by Billie Eilish, Paul McCartney and Kendrick Lamar, and BST Hyde Park, starring Elton John, the Rolling Stones and the Eagles, […] 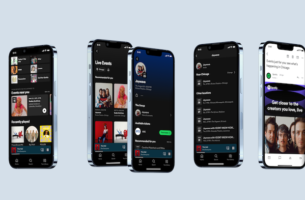 Streaming giant Spotify has launched the Live Events Feed, an in-app destination that allows users to discover concerts in their local area via personalised listings. The innovation replaces the previous Concert Hub feature, and introduces a number of updates to help fans find shows by their favourite artists. Listings are sourced from the platform’s ticketing […] 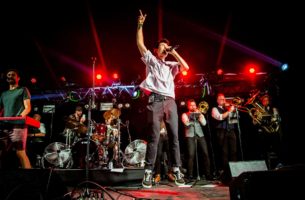 Bastille played a secret set at Glastonbury 2022 tonight (June 23), backed by the 10-piece brass band Ol’ Dirty Brasstards. The band were the surprise guests on the William’s Green stage and performed after festival founder Michael Eavis’ traditional covers set. “Tonight we are Brasstille and the Brasstards… or something,” Bastille frontman Dan Smith joked […] 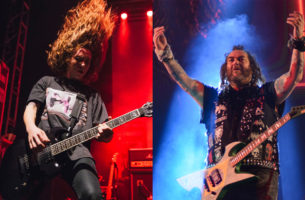 Download Festival Japan has revealed Brazilian metallers Soulfly and hardcore punks Code Orange will complete the lineup for this year’s edition of the festival. Soulfly and Code Orange will join Dream Theater, Bullet For My Valentine, Mastodon, Steel Panther, At The Gates and The Halo Effect at the Makuhari Messe International Exhibition Center in Chiba on […]