Live music performances including DJ sets will run in situ with the spider, which has become a firm fixture for electronic music at Glastonbury over the last decade.

According to the Daily Mail, organisers of this year’s World Cup in Qatar have rented the 50-tonne, fire-breathing metal structure that Glastonbury itself hires annually from the Bristol-based Arcadia company for the tournament. No further details, however, on when it will be in place nor who is playing live inside the spider have been shared.

The publication has reported further that a “well-placed source” suggested that the Arcadia spider may be one of the few zones in which alcohol is permitted to be drunk including at the stadiums and in the ‘Fan Zone’. However, there’s unconfirmed reports that there may be a license limit set to 10am-5pm. 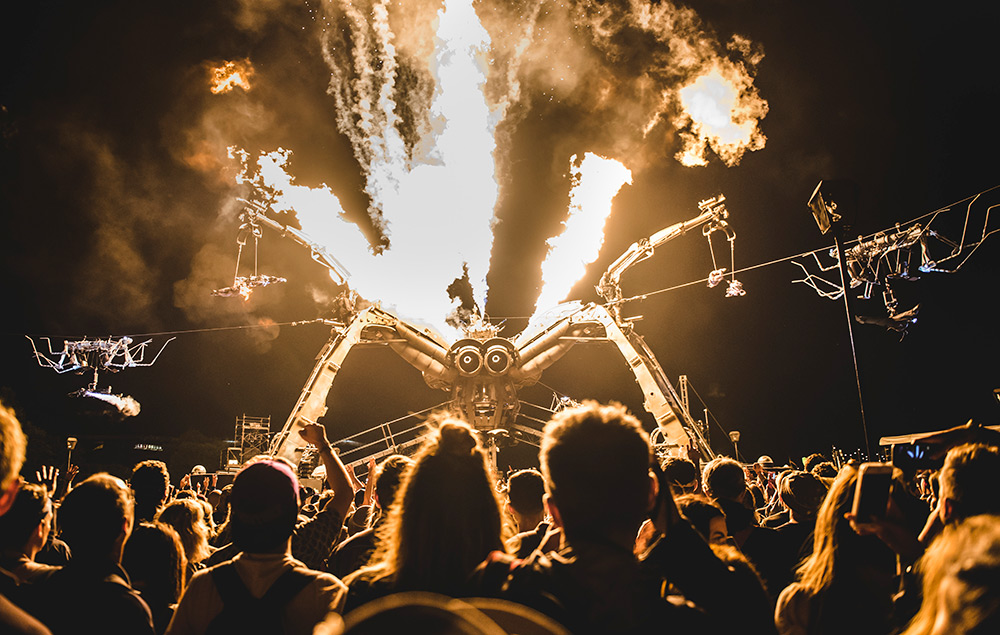 “Doha’s problem is that there’s not much culture – or indeed much at all – in this largely barren moonscape,” wrote Ian Herbert in his report. “So they’re going to throw in the kitchen sink and borrow heavily from Glastonbury.”

In other football-related news, claims that the late singer Darius Campbell Danesh leaked an allegedly fraudulent Rangers investment document have been called a “distraction” by the Scottish football club.

Rangers FC is suing US businesswoman Kyle Fox over allegations that her company, KRF Capital, is using an “investor deck” document featuring the club’s logos to fraudulently attempt to raise $50million (£43.4million) from investors claiming it will buy shares in the club.

The Times reports that Rangers has said that Fox’s claims about Campbell Danesh, 41, who was found dead at his home in Rochester, Minnesota last month, are to “distract” from her fraud. It’s alleged that Fox set out a “circuitous route” in which the document was passed on by Campbell Danesh, his involvement in which Rangers has dismissed.