The organisers of Mad Cool festival in Madrid have announced a new 30,000-capacity festival for Málaga, Spain.

Andalusia Big Festival is to take place near Sacaba Beach from 8–10 September this year, with headliners Muse and Jamiroquai.

According to the organisers, the festival will comprise three stages in the 50,000 square metre arena next to the beach.

The ministry of tourism is reportedly dedicating €4m of its EU funds to the event in order to bring tourism to the area outside the normal peak season.

The organisers estimate that the event will have an economic impact of around €25m in Andalusia.

Alongside the launch of the Andalusia Big Festival, the Live Nation-promoted Mad Cool will return to Madrid between 6–10 July this year, in an extended five-day format.

Those artists join the 104 acts announced for Mad Cool 2022 last June, which include Muse, The Killers and Metallica. 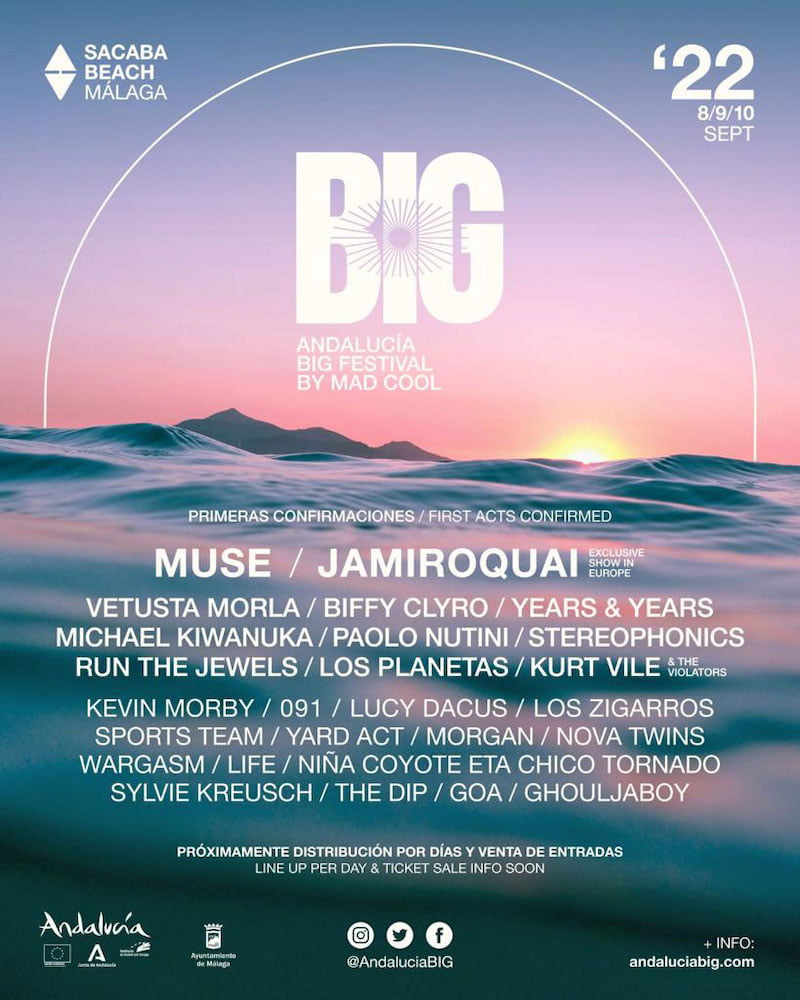