Life Is Beautiful 2022 photos and portraits

Life Is Beautiful music festival made its way back to downtown Las Vegas this past weekend (September 16 – 19), and when it came to upholding the glitz and glamour of Sin City acts like Gorillaz, Arctic Monkeys, Lorde, and Sylvan Esso, it didn’t disappoint.

NME‘s photographer Jenn Five was on hand to capture all the live action and grab some of the weekend’s biggest and best acts for some exclusive backstage portraits. Here’s your all access pass to the 2022 BandLab NME Award winner for Best Festival In The World.

Arctic Monkeys closed out the first night of Life Is Beautiful with a five star out of five performance, even playing the track ‘I Aint Quite Where I Think I Am‘ from their upcoming album, ‘The Car’.

We also spent time with Shaggy, or as some call him, Mr. Lover Lover backstage before he brought his hits to the Bacardi stage.

Lorde was brighter than all the neon in downtown Las Vegas, as she brought her own ‘Solar Power’ to the desert.

Grandson took a break in the grass before taking on the festival’s main stage.

Wet Leg put on a crowd-pleasing performance hotter than the desert heat. 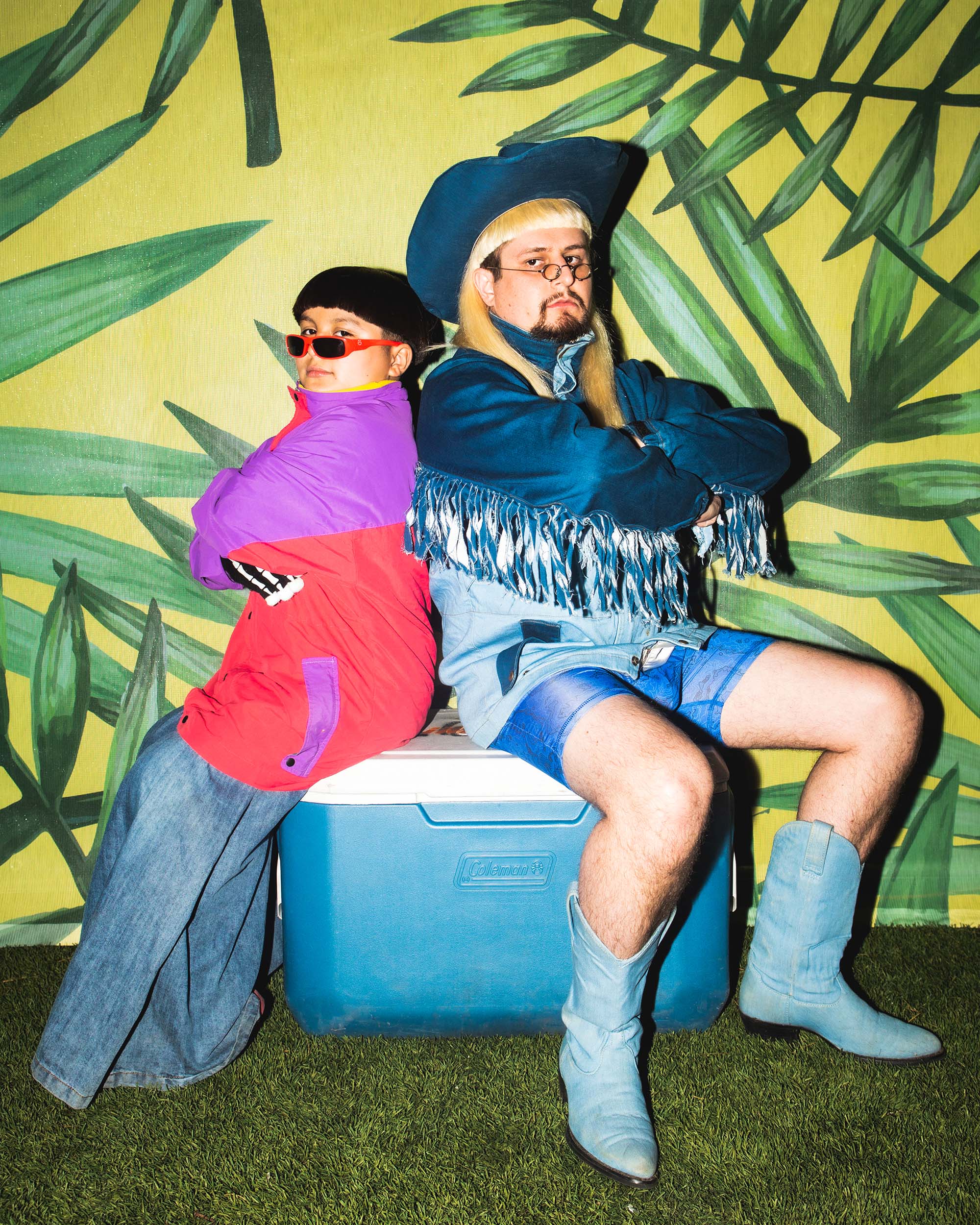 Oliver Tree showed off his best western fit and hung out with a “mini-tree” backstage before putting on a crowd-pleasing set.

Alison Wonderland hung out with us on a Vegas balcony before performing to one of the festival’s largest audiences.

T-Pain snapped his finger and did the step but thanks to a crowded audience, he did not do it all by himself.

Sylvan Esso got down backstage before playing tracks from their latest album, ‘No Rules Sandy’ for an ecstatic festival crowd.

Slowthai got off stage and decided to close the barrier between him and his fans.

Nadya of Pussy Riot shined backstage before lighting up the stage as well.

Gorillaz closed out the second night of the festival by showing the crowd what feeling good and keeping rhythm is all about.

JPEGMAFIA spent time with NME backstage before hopping into the crowd during his fiery festival set.

Alessia Cara was all smiles backstage before putting on a dynamic festival set that the crowd sang along to word for word.

We caught up with Lexi Jayde before her fun festival set and found her colour coordinating with Vegas’ graffiti. 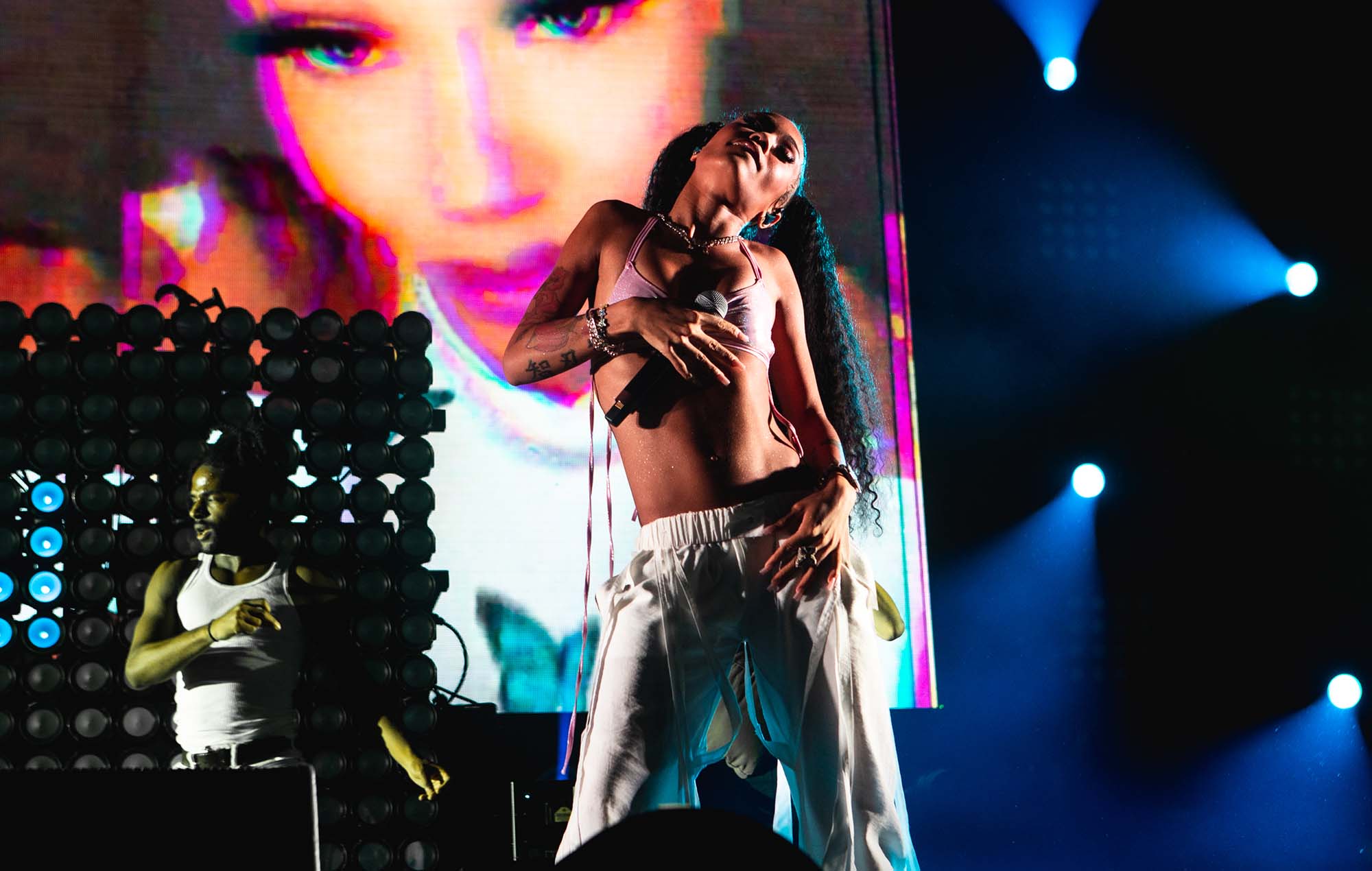 Coi Leray gave a performance with so much electricity it could light up all of the Las Vegas strip.

Rico Nasty was all smiles during her powerful and punk festival performance.

Ericadoa took it easy in his trailer after bringing all his energy to the festival stage.

Claire Rosinkranz followed up her upbeat main stage performance by sitting down for a much-deserved break with NME.

Dermot Kennedy brought his charm and vocal chops all the way from Dublin to Nevada.

Georgia Barnes took a break from the desert pic to take a bright pic with NME.

Calvin Harris gave an electric festival set filled with feel-good hits that were a perfect sign-off to the Vegas festival.