Nova Twins, Alfie Templeman, Caroline and Curtis Harding are among the acts that have been added to Latitude 2022’s massive festival line-up today (April 28).

The festival, which took a hiatus due to COVID in 2020 before returning last year, has announced more than 60 names across music, comedy, dance, and podcast for 2022. Aisling Bea, Marcus Brigstocke, and Rachel Parris are among the names that have been added to this year’s comedy bill. See the updated line-up poster below, and purchase tickets here. 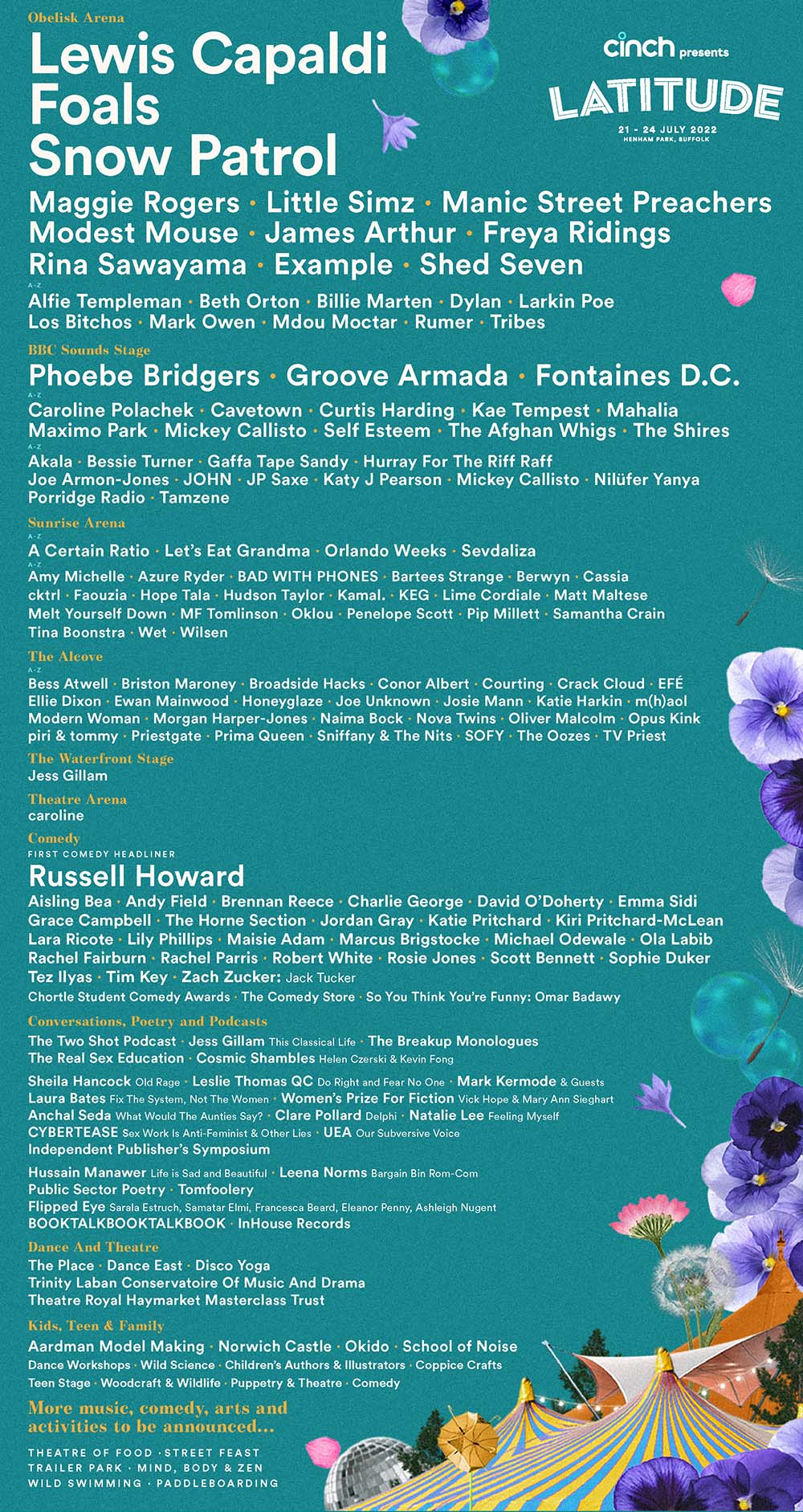 Foals frontman Yannis Philippakis previously spoke to NME about their upcoming headline performance, who recalled “a significant moment” for the band, when they headlined Latitude for the first time in 2013.

“They were the first people to give us a shot at headlining a festival,” Philippakis said of Latitude. “That was obviously a pretty amazing night for us, and I think it arguably changed the trajectory of our career. It definitely was a significant moment for us.”

Maggie Rogers, who will also be topping the festival’s bill, recently shared the details of her yet to be released record ‘Surrender’ which his set to drop on July 29. The singer-songwriter also shared the album’s lead single, ‘That’s Where I Am’, on April 8 before giving it a live debut at Coachella earlier this month.

In a five-star review of the festival’s 2021 return, NME said, “This year, the Latitude audience feels more committed than ever when it comes to drawing every last drop of fun out of the weekend” adding that: “The sense of intimate, euphoric celebration that’s contained within the crashing of strangers’ bodies only grows stronger as the festival progresses.”