THE SLEEPING SOULS ADDED TO THE BILL

Taking place 26-29 May 2022, the award-winning Bearded Theory’s Spring Gathering has announced a second wave of artists to join its already impressive bill. 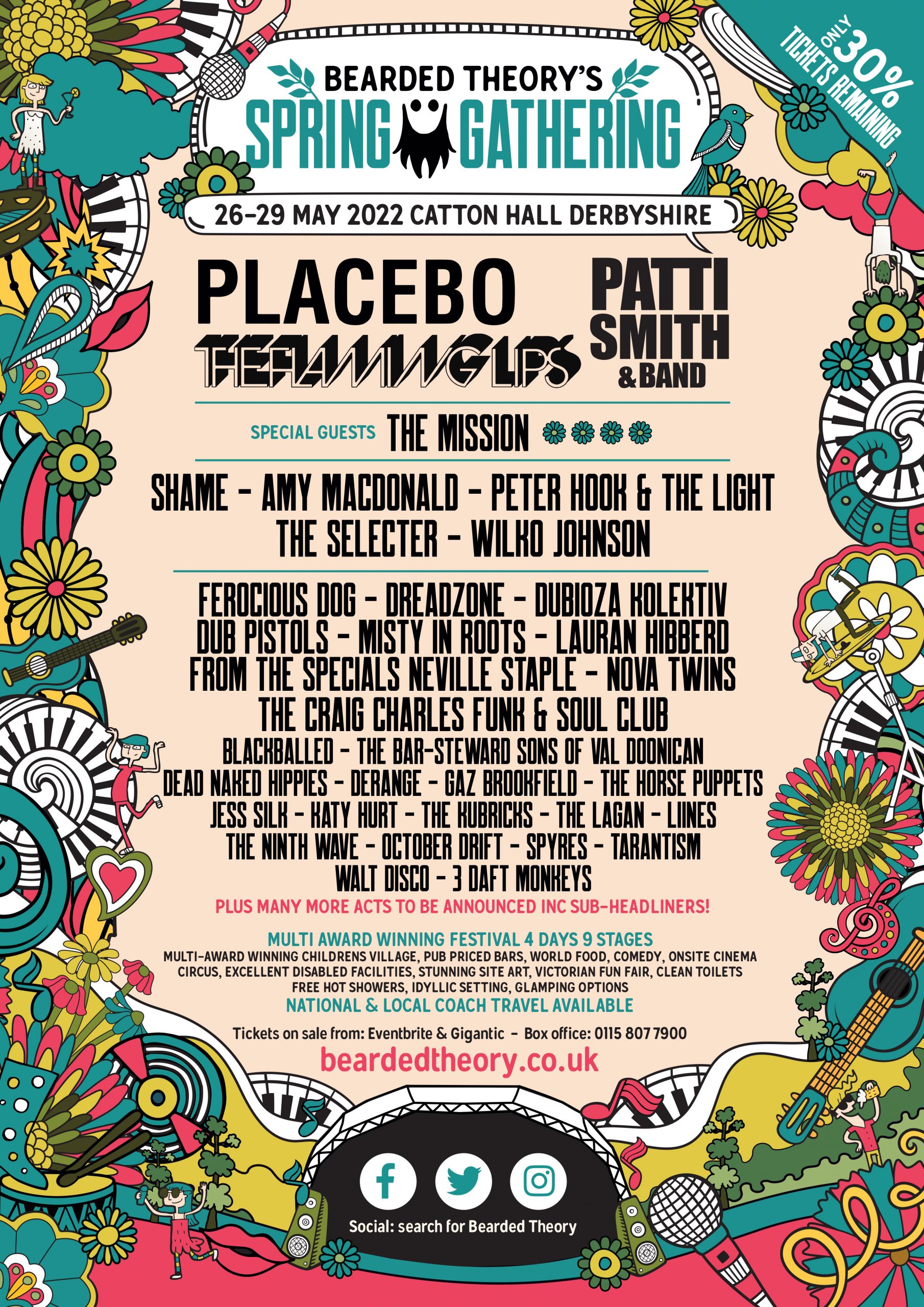 Critically acclaimed as one of the world’s best live acts, Swedish rock band The Hives will be a Bearded Theory highlight. Twenty years since they first set the music world on its head with the release of their debut album ‘Barely Legal’ and with countless awards to their name, expect a superhuman live show you won’t want to miss.

Punk-folksinger-songwriter Frank Turner and his band The Sleeping Souls will take to the stage with an impressive eight album back catalogue filled with classic singalongs. One of the UK’s most successful solo artists of the past decade, Frank Turner will be one of the most unmissable acts of the weekend.

Feted Yorkshire synthpopers Working Men’s Club burst onto the scene in 2019, securing an army of loyal fans along the way, whilst their first album was described by NME as ‘a superb debut’ and scored a 4/5 starred review from The Guardian. Expect to be transported into a psychedelic universe by this Northern powerhouse.

With an empowering approach to song writing and an artist who isn’t afraid to speak out, Billy Nomates is refreshingly direct.  As the buzz around her music and live shows continues to grow, singer Tor Maries is sure to impress with her punk sounds and stalking bass lines.

Brighton’s Yonaka is another welcome addition to the line-up with their raucous live sets and a seamless merging of pop, rock and hip-hop inspired beats whilst Manchester band Afflecks Palace will bring Manchester’s psychedelic guitar heritage into the 21st century. Giving the classic Jamaican roots reggae sounds a modern twist, Concrete Rose will also be ones to watch.

The acts join an already stellar line up for 2022 which includes headline acts Placebo, The Flaming Lips and Patti Smith & Band among many others.

With more acts still to be announced as well as the always impressive family and kids activities, comedy line-up and much, much more, Bearded Theory’s Spring Gathering 2022 is literally unmissable.

Tickets are on sale now from gigantic.com/bearded-theory-tickets