A Local’s Guide to Prague for First-Timers

Festival Insider Rachel moved to Prague in the Czech Republic four months ago. Read about her experiences of this fantastic capital city in her Local’s Guide to Prague for First-Timers.

Moving to Prague? Here are a few tips from someone four months in…

Do your research. Prague caters for all tastes and interests, so to ensure you don’t miss out on anything take a regular look at the following: Prague Resident , Go Out and expats.cz. The latter of which covers everything from news and events to jobs and relocation. Also, if you want some true native tips check out the blog and YouTube channel of two Prague locals Honest Guide. 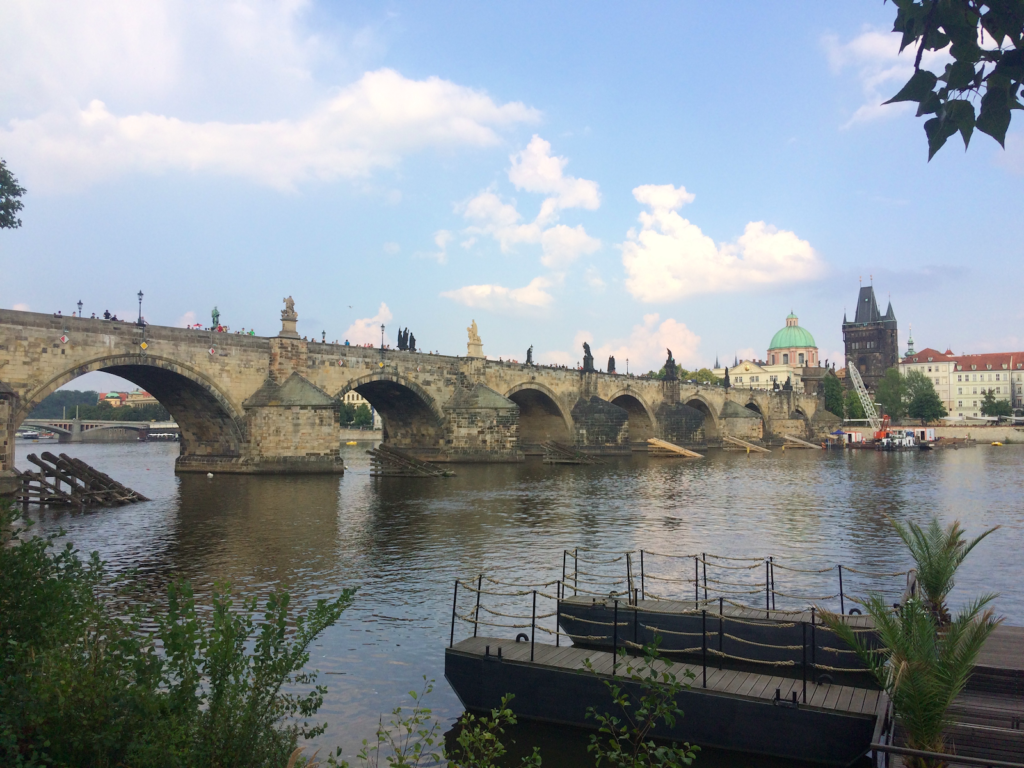 Speaking of the locals…you want to integrate? Obviously, learn some Czech. The lady’s face behind the counter in the potraviny (grocery store) will transform when you tell her that – no you don’t want a bag and yes would like to pay by card in Czech. I’m not pretending Czech is an easy language to learn (8 lessons in and I am probably more confused now than I was in September) but it is worth it. A good starting point for finding Czech lessons is Czech Courses Prague.

Where to go out in Prague

If formal lessons aren’t your thing get on Duolingo then venture to this bar or this bar or any bar  armed with some phrases to start a conversation. In my experience, Czech people are really welcoming, funny and more than willing to help you with the language and give you a bit of a history lesson. Top tip: to maintain said newly-gained friendship, don’t praise Communism, always take your shoes off at the door and don’t sniff. But I digress…

So what do you do after you have made friends, visited Prague Castle, The Astronomical Clock, Charles Bridge etc? Get yourself out into the suburbs. You want Art Nouveau architecture, wine bars and stunning parks? Head to Vinohrady. Want things a bit more rough and ready with a strong party scene? Get yourself to Žižkov or Karlin. In a hipster frame of mind? Then Letná is where you need to be. Prague is small, most places can be reached on foot – so get out and look up!

If you are not in the mood to walk, the public transport in Prague is excellent. Visit the Lítačka website and download the app, to find the transport deal that best suits you. Currently, if you buy a yearly ticket, it will cost 10p a day! A little tip though, although the metro is usually the fastest way from A-B, do spend some time getting the trams too. It massively helps with orientating yourself and the views aren’t too shabby either!

Living in Prague is generally quite cheap, apart from rent – which can vary wildly depending on where you choose to set up shop. But after that, food, entertainment etc is pretty affordable. In the aforementioned suburbs you can get beers and glasses for wine for as little as £1.60. Eating out anywhere away from the throngs of tourists is also going to massively reduce your bill. Current favourites include Martin’s in Vinohrady and Restaurant 500 in Letná.

On the subject of food, if your idea of eating in Prague is all dumplings and pork knuckles you are in for a shock. Yes, these are readily available for those worried about perishing in the dark winter months but there is also a whole host of other cuisines, all jostling for your attention. In particular, if Vietnamese is your bag head over to Prague 2, which has a well-established Vietnamese population,  to warm yourself with a steaming bowl of Pho.

The music scene in Prague is thriving. Every musical taste and whim is catered for. You can watch an opera in a theatre where Mozart conducted; join a jamming session in a jazz bar; discover the newest in Czech Electronica and World Music; see legends and the biggest names in rock as they tour the world. And to add the cherry on top, most of the above will be considerably cheaper than in other major European capitals.

Nearby tourist spots in Prague

Finally, as cool as Prague is, one of its best features is its location. Vienna is two hours on the train, Berlin is four, Budapest is five. So planning a weekend away could not be easier! So what’s not to like about Prague? Well, I might have a different opinion in the middle of deepest, darkest January, but currently nothing!