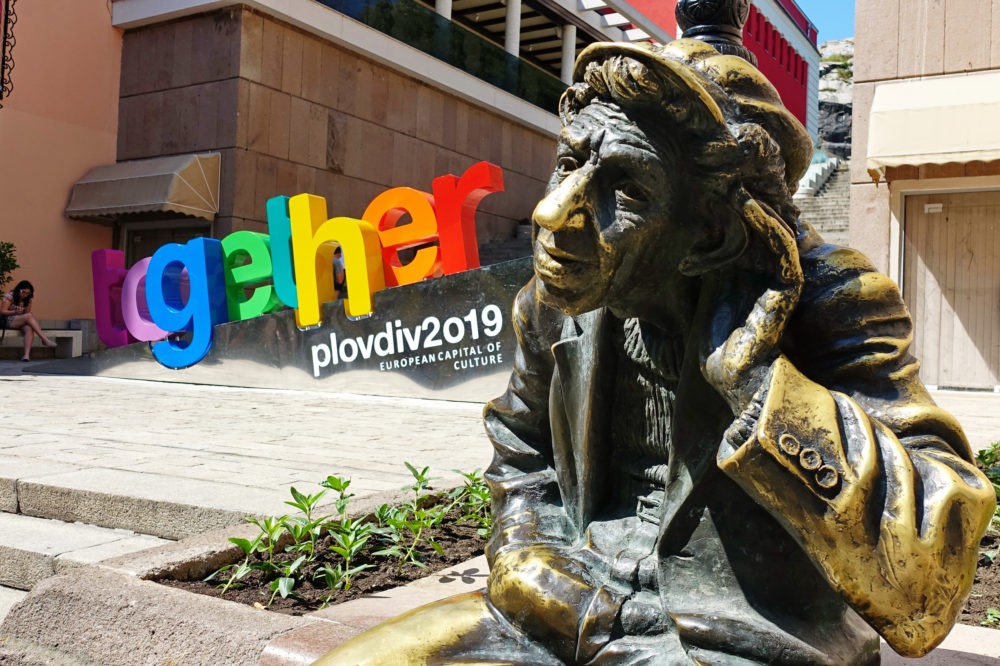 Center of Plovdiv, Bulgaria. Plovdiv is  the European Capital of Culture in 2019

In the heart of Bulgaria, equidistant from the Aegean and Black Seas, Plovdiv lies on what was once a the most direct route between Europe and Constantinople, today’s Istanbul. 6,000 years of continuous inhabitation including Roman, Ottoman, Thracians, and Macedonian invasions and The Unification of Bulgaria in 1885 have all shaped Plovdiv’s culture, celebrated in 2019 as a European Capital of Culture.

Plovdiv is the city in Bulgaria to earn this honor. Its program “Together”, with the themes Fuse, Transform, Revive, and Relax, provides new opportunities to the region and international visibility for the city. More than 300 projects have been organized to celebrate this year, in Plovdiv as well as in Varna, Sofia and Veliko Tarnovo, including festivals and community-based projects around themes about Plovdiv’s history, cultural heritage and challenges facing the city. From discovering the Cyrillic alphabet to joint theatre productions with the Western Balkans and the Roma and Turkish communities, visitors will have a fantastic array of activities to participate in.

Scattered over seven hills, Plovdiv features Roman ruins, a mosque, 19th-century painted houses, the longest shopping street in Europe, hip artsy areas, archaeological museums, and Balkan cuisine with a twist. Being a European Capital of Culture offers visitors and locals alike a deeper understanding of a place. Experience “Together” in Plovdiv and spread the word! 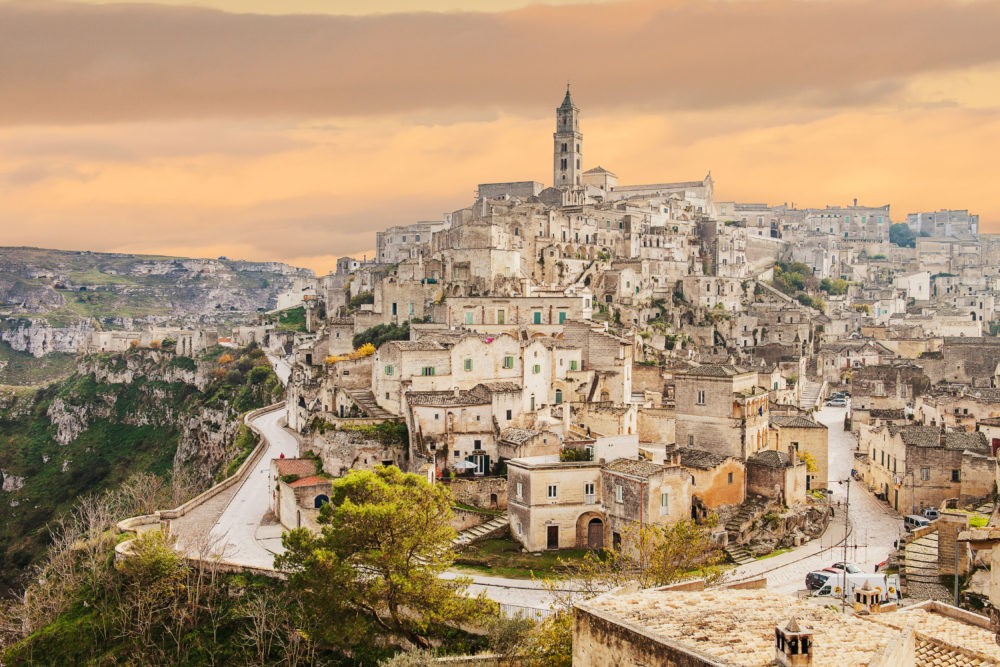 Panorama of Matera, Italy, the European Capital of Culture in 2019

Nestled inland in the Basilicata region, in the southernmost reaches of Italy and touching the coastlines of both the Ionian and Tyrrhenian Seas, is the ancient and fascinating city of Matera, a 2019 Capital of Culture. This is one of the world’s oldest continually-inhabited cities and became a UNESCO World Heritage Site in 1993. Matera became well-known in the 1950s for its Sassi, areas where people lived in limestone caves originally carved out in prehistoric times. Sandy-colored stone buildings, rock-hewn churches and winding, cobbled streets cover the rocky landscape; you know for sure that the best exploring is done on foot!

For its year as Culture Capital, Matera’s “Open Future”, program is designed to generate abundant exchange between locals and visitors and foster a spirit of co-creation. Five themes link the city’s past and future to inspire new perspectives on Matera and southern Italy: Ancient Future, Continuity and Disruptions, Reflections and Connections, Utopias and Dystopias, Routes and Roots. Dance, opera, art exhibitions, architectural tours, local gastronomy, the sciences, ancient and modern history all feature on the roster of offerings.

Visit Matera and marvel at delicate frescoes in the rock churches; retrace the steps of Pythagoras, one of the area’s most famous sons, walk where the movie “The Passion of Christ” was shot, enjoy beautiful scenery and a warm welcome and a new appreciation for an ancient city, in the inimitable Italy.