Would you believe these locations that look like they’re from sci-fi films are actually all places in Britain you can visit? Feel like you’ve travelled to a completely different universe… 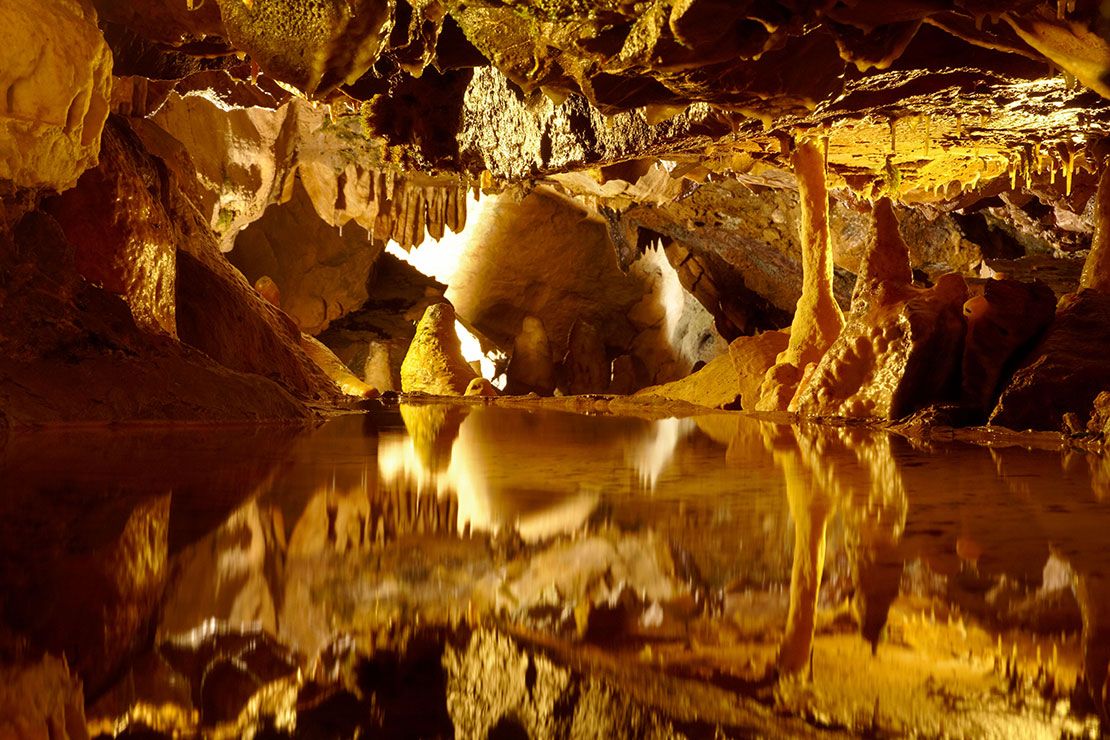 Venture down to the hidden world of Gough’s cave in Cheddar Gorge, less than an hour’s drive away from Bristol. The dramatic stalagmites, stalactites and reflective pools create a stunning backdrop that will transport you from the normality of life above ground. 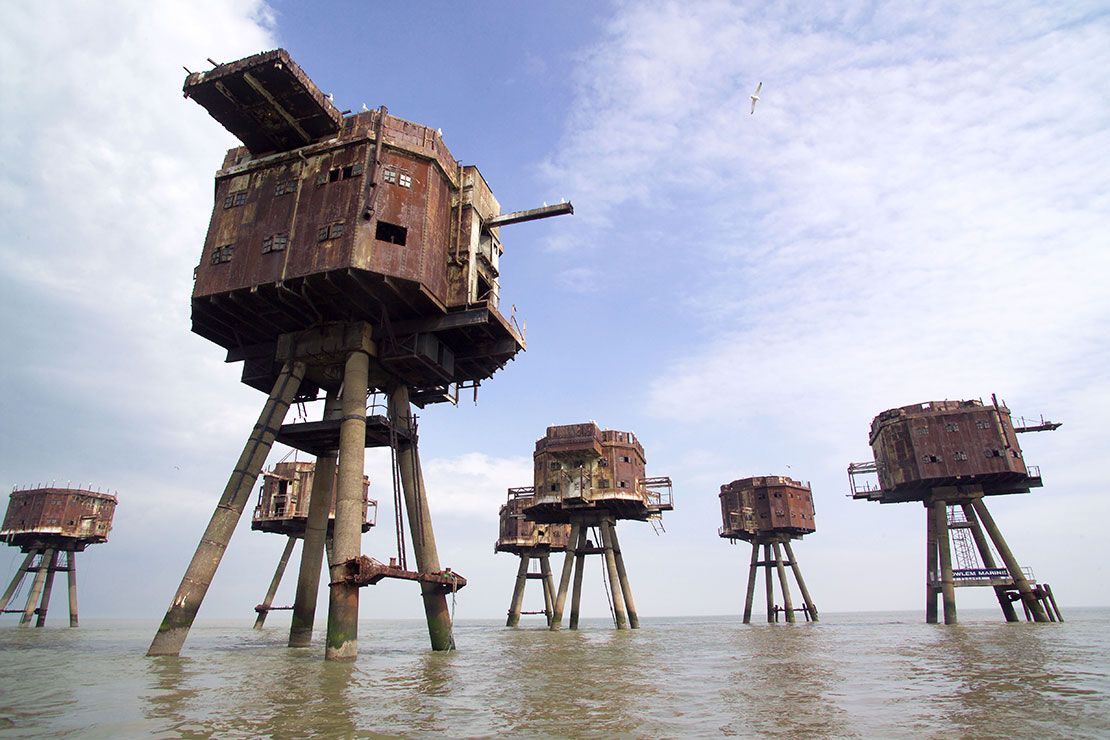 Positioned off the coast of Whitstable in Kent, Southeast England, these imposing Star Wars-like structures were originally used in the Second World War as a form of defence. To see them up close, hop on a boat trip from Herne Bay (around 1hour 20mins by train from London). 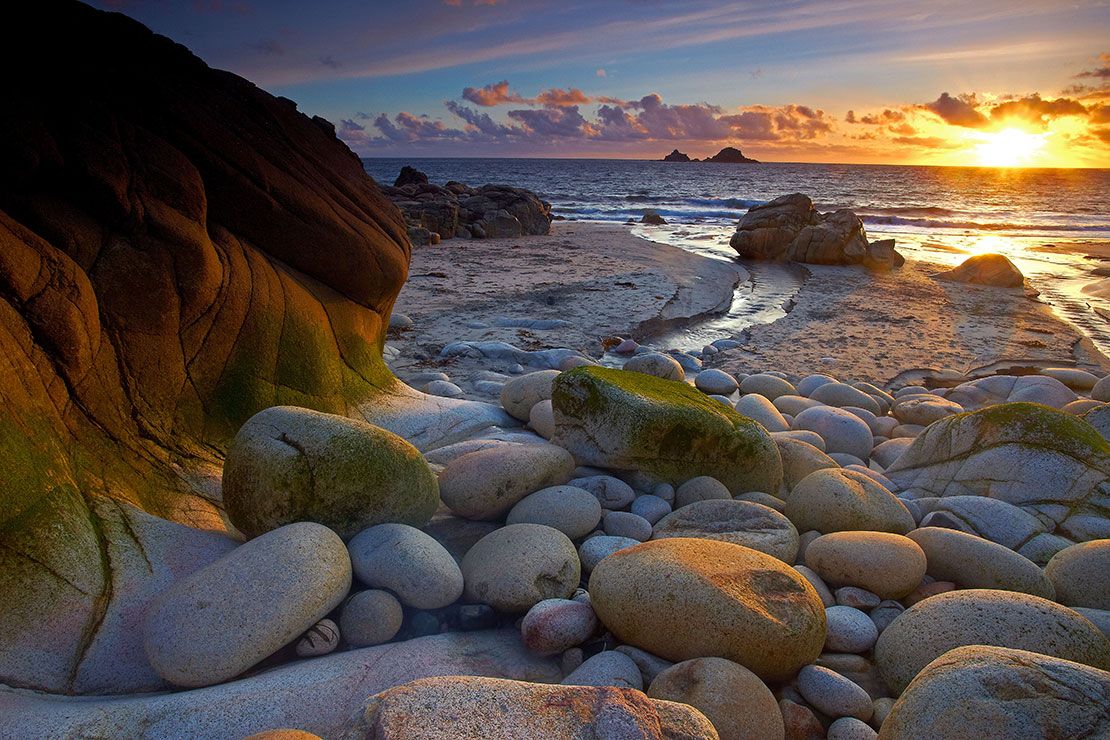 If you visit Porth Naven on the Southwest toe of England’s Cornish coast, don’t be alarmed if you stumble across what looks like a dinosaur egg or 2! The strange-looking collection is actually large, smooth rock boulders that form a stunningly unusual scene. These intriguing dinosaur egg-like stones cause such a stir, they are now legally protected. 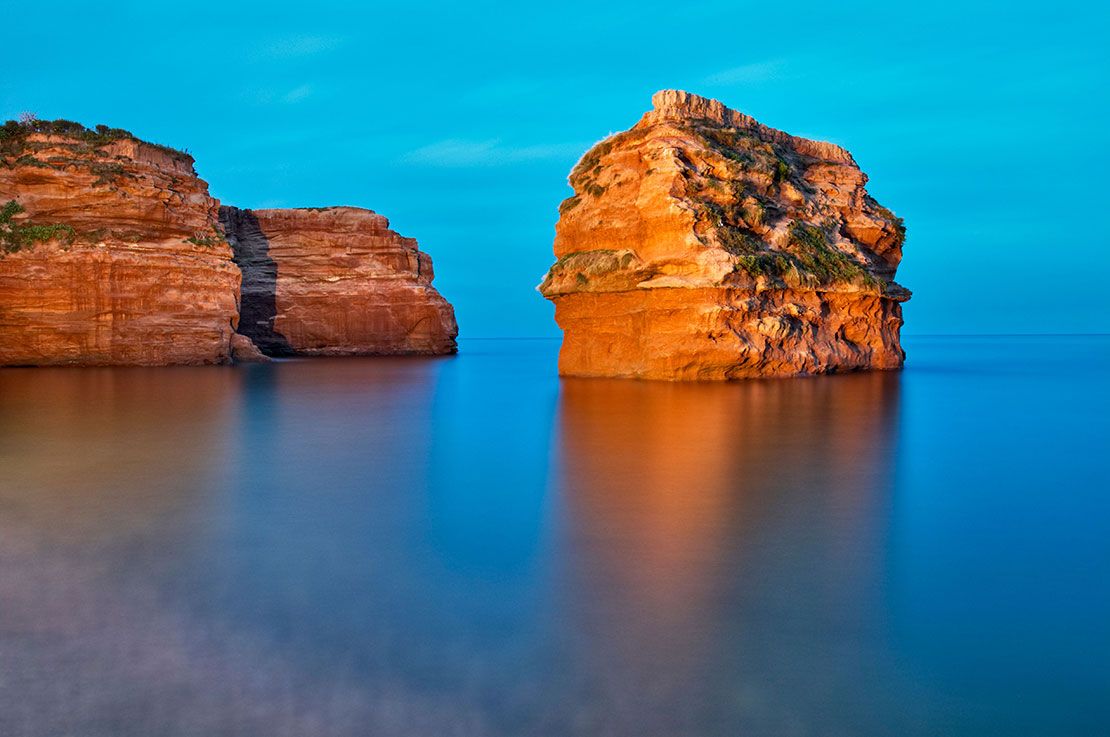 The dramatic cliffs of Ladram Bay on England’s Jurassic Coast are an awe-inspiring sight, with impressive sea stacks that rise from the water. The red hue of the rock faces gives the area a Mars-like quality that look particularly impressive as the sun sets. 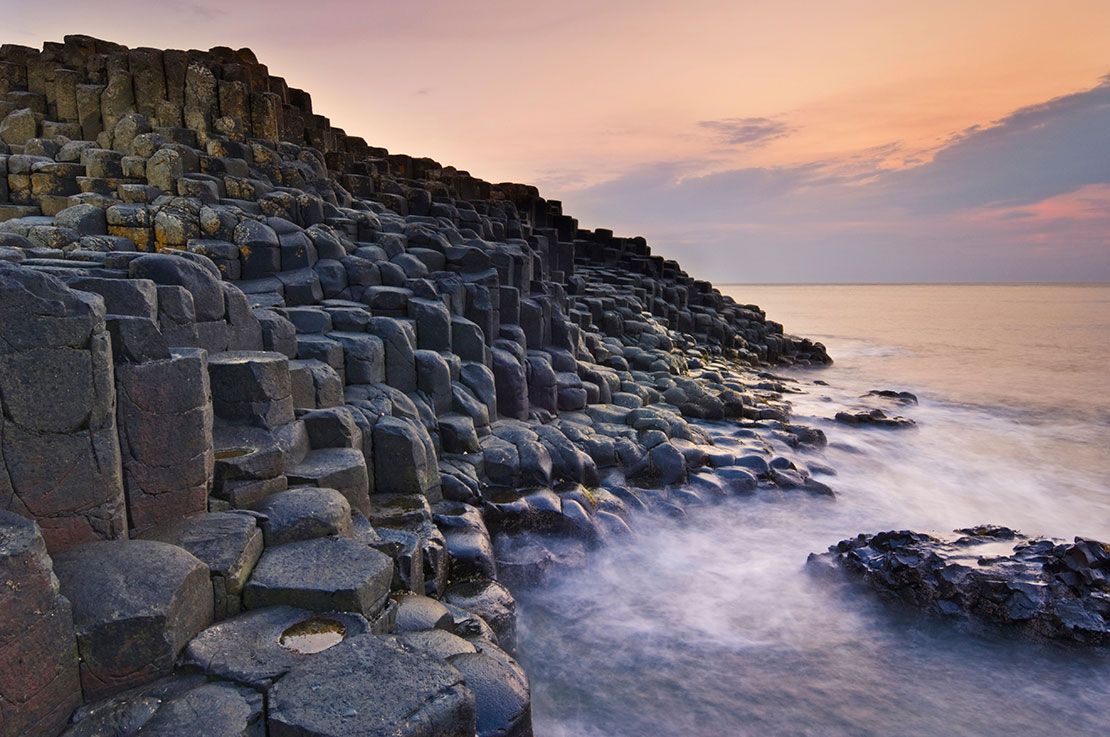 A UNESCO World Heritage site, the unusual rock formations of the Giant’s Causeway truly look like something out of science fiction. Formed by a volcanic eruption 60 million years ago, the black basalt columns have inspired many myths and legends – the most popular story is that it was built by a giant called Finn McCool as a way to get to Scotland. 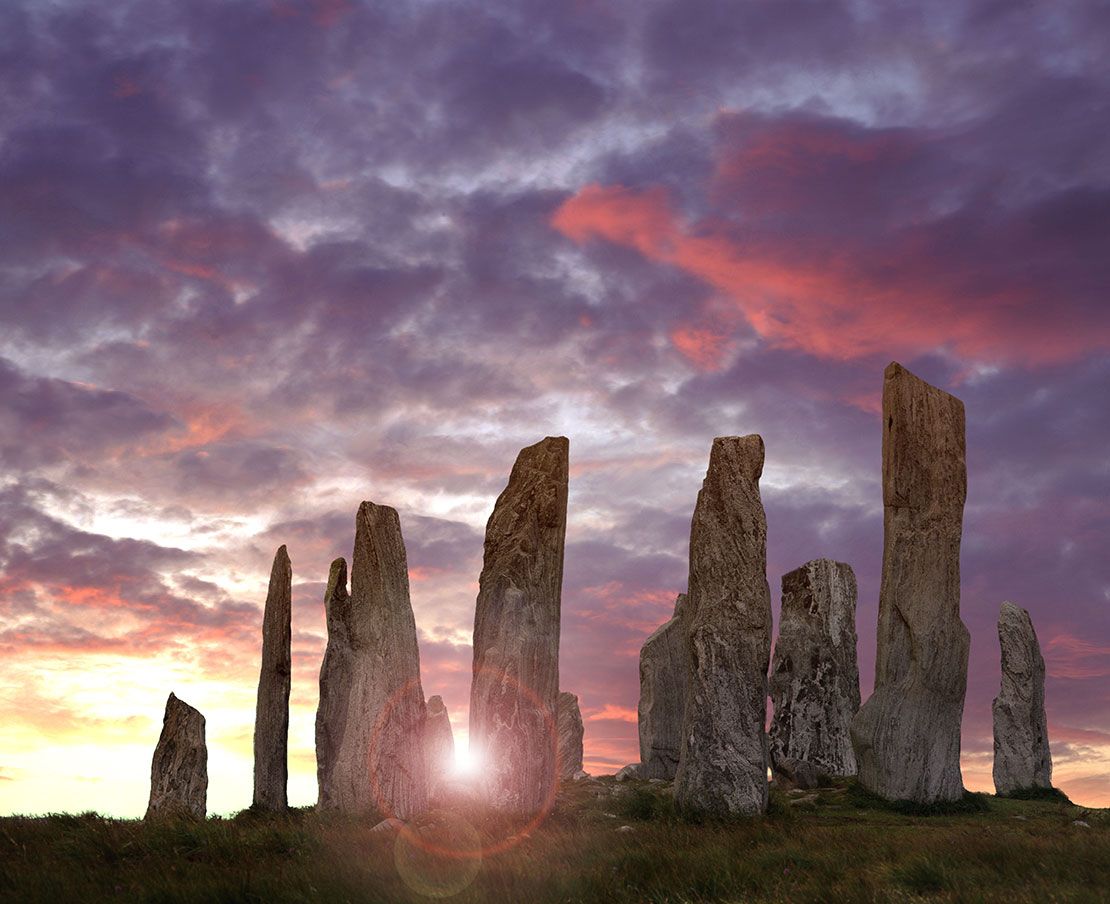 This arrangement of standing stones on the Isle of Lewis off the northwest coast of Scotland has puzzled people for hundreds of years. Some believe they were used as an astronomical calendar whereas others stand by the traditional folklore that the stones are petrified giants. Whatever interpretation you believe, the sight of the sun setting behind the stones is one not to be missed. 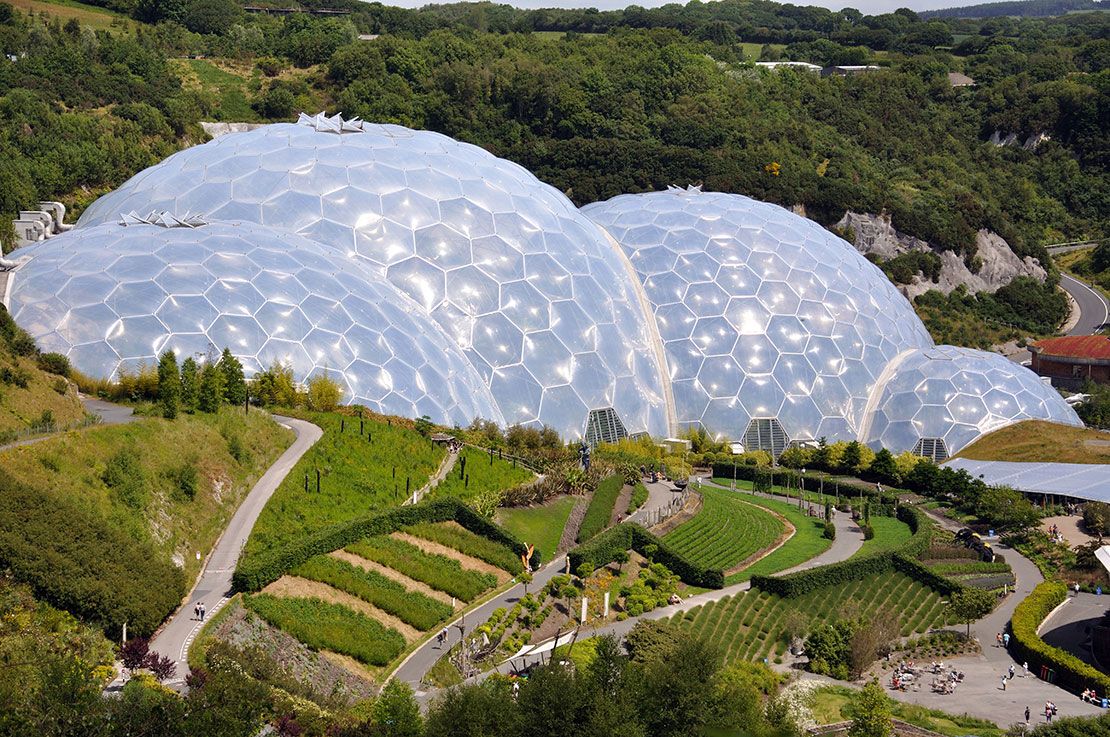 Looking like a space village, the Eden Project’s unique hexagonal bio-domes house thriving tropical plants and rainforests. Just as impressive on the inside as from the outside, make sure to see Britain’s biggest flower and watch out for tropical birds in the canopies. 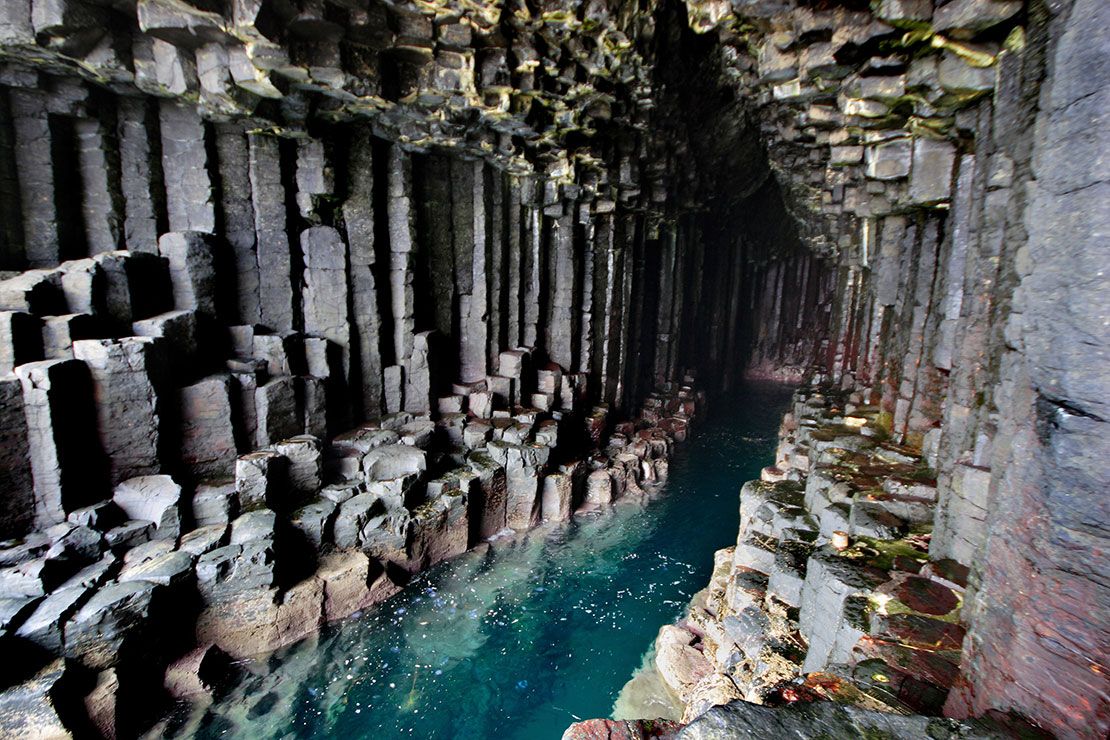 Situated on the Isle of Staffa, one of the smallest islands in Scotland’s group of Inner Hebrides islands, Fingal’s Cave is an eerily beautiful sight that wouldn’t feel out of place on a different planet. Unless the sea is very calm, you can’t normally enter the cave by boat – however in the summer season there are charters that will pass the cave and you can also reach it on foot it see it for yourself. 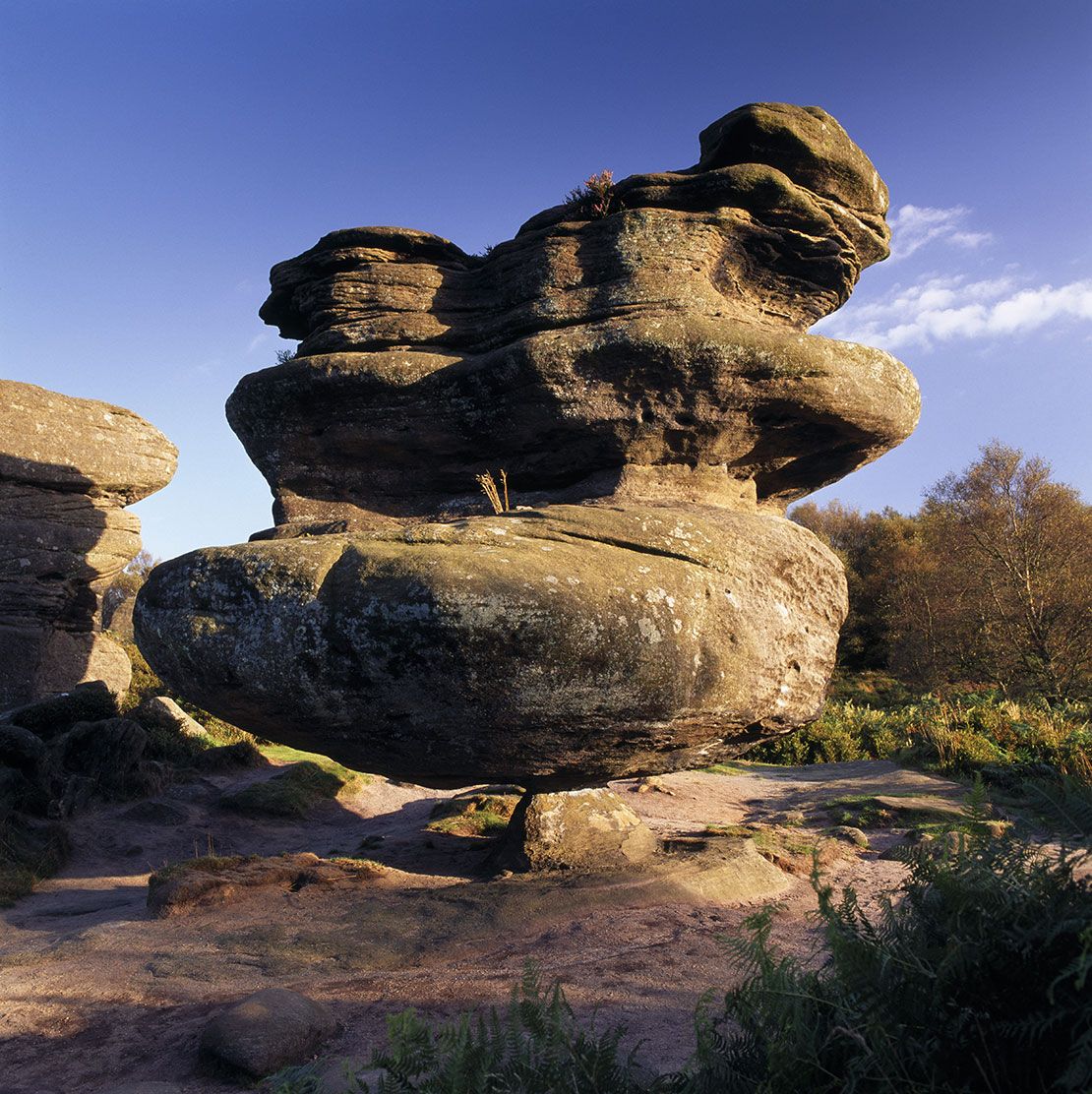 For rock formations that seem to defy the laws of gravity, head to Brimham Rocks in Harrogate, near York. With names like The Eagle and The Dancing Bear, each formation has been created over hundreds of years of exposure to the elements. 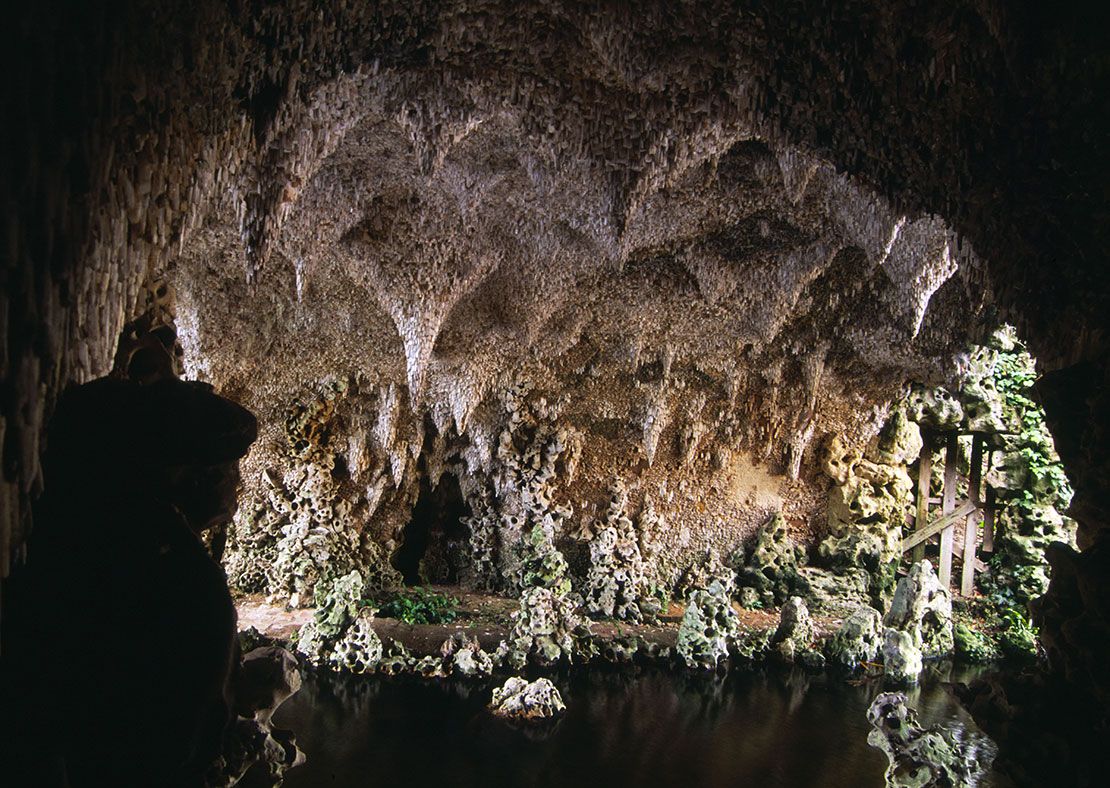 This mystical-looking grotto covered in hundreds of thousands of crystals could be straight out of the pages of a fantasy novel. Set in the gardens of Painshill Park, a stunning landscaped garden dating back to the 18th century, this grotto truly looks out-of-this-world and yet is located just a short train ride from London.

This blog article was contributed by Premier Inn who have affordable hotels all over Britain.